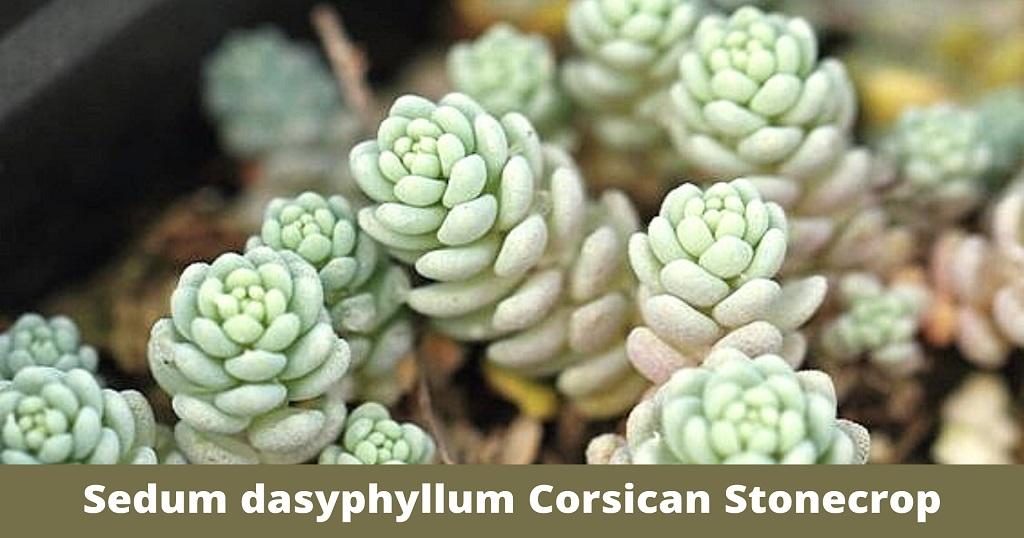 Subshrub succulent of the genus Sedum also known as Corsican stonecrop, Sedum dasyphyllum perennial evergreen plant used as ornamental plant can be as groundcover and it’s drought tolerant plant, can grow in temperate, Mediterranean, subtropics climate as indoor as houseplant and growing in hardiness zone 5-9 and with the right care in hardiness zone 10a.